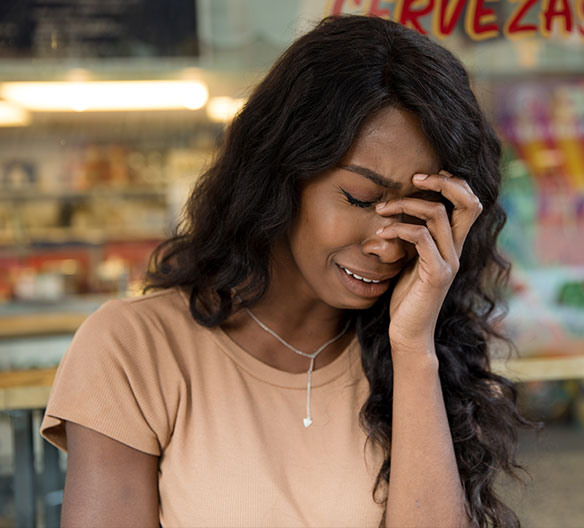 Much like mental health conditions, suicidal thoughts can affect anyone, irrespective of their age, gender, or background. However, research has found that BIPOC (Black, Indigenous, and People of Color) communities are disproportionately affected by suicide.

For instance, in 2017, suicide was the second leading cause of death for Latinx people in the U.S. between the ages of 15-34 (National Alliance on Mental Illness, n.d.). Even more startling—it is estimated that one out of every 10 Latinx people has attempted suicide in the past year (Centers for Disease Control and Prevention, 2018).

September is National Suicide Prevention Month. In light of the challenges many are facing around the world, it is more important than ever to be aware of the signs that someone may be considering suicide and reach out to those who may need support.

In this blog post, we’ll talk about some of the signs that someone may be considering suicide, explore the unique risk factors faced by immigrant and BIPOC populations, and connect you to resources to learn more.

People who are considering suicide may not always say so explicitly. However, more often than not, they will exhibit one or more warning signs. It is essential to be aware of these signs so that you can reach out and start a conversation (Know The Signs, 2020).

For example, increased anxiety, outbursts, or a sudden elevation in mood following a period of depression.

For example, if a person remains absent from activities they once enjoyed or cuts off communication with loved ones.

For example, the person may complain of increased headaches, stomachaches, or experience changes in sleeping patterns (e.g., inability to sleep, oversleeping).

For example, giving away prized possessions or rushing to prepare a will (especially if the person is young and in good physical health).

For example, the person may make statements that they “don’t know how they can go on” or explicitly state that they wish to end their life.

Neglecting to Take Care of Self

For example, a person may neglect doctor’s orders, engage in risky behaviors, or abuse drugs or alcohol.

These are just some of the signs. If someone you know is in immediate need of help, such as if they are talking explicitly about suicide, seeking methods for self-harm, or expressing that they have no reason to live, call the National Suicide Prevention Lifeline immediately at 1-800-273-8255.

Drivers of Suicide in Immigrant Populations

A recent review (Forte et al., 2018) of 43 studies between 1980 and 2017 found that there is an increased risk of death by suicide among immigrant and BIPOC populations. The study also found that immigrant and BIPOC populations face unique challenges that may be less prevalent in the general population. These challenges increase the risk of a person experiencing suicidal ideations or behavior and create additional barriers to seeking support.

Key drivers of suicide risk can include a thwarted sense of belongingness or perceived burdensomeness within one’s communities, loss of status, or a loss of one’s social networks as a result of migrating (Ngwena, 2014; O’Keefe et al., 2014).

Another significant risk factor is acculturative stress (i.e., the stress associated with adapting to a new culture), which has been shown to be a driver of a range of psychological difficulties (Berry, 1997).

Further, one study (Hagaman et al., 2016) attempting to identify risk factors for suicide among recent migrants found that a language barrier was the most commonly reported factor (71%), contributing to the development of hopelessness. Additional risk factors included separation from family (43%) and worrying about family back home (57%).

In addition to increasing psychological distress in the first instance, several aspects of the migrant experience and experiences faced by BIPOC communities present additional barriers to seeking support.

For instance, language barriers can increase the challenges associated with seeking support. So, too, can a lack of information about a new country’s healthcare system.

Different populations may also have different preferences regarding the provider of the support they receive. For instance, those who exhibit commitment to their Native American culture may prefer to seek support from members of their communities (e.g., Native American counselors; Scheel et al., 2011). Therefore, it is important to connect those in need with culturally relevant support wherever possible.

As immigration evaluation therapists, it is critical that we understand the signs that someone may be considering suicide and have the words to start a productive conversation. If you’d like to learn more, take a look at some of the resources available at Know The Signs, which include links to several suicide prevention training courses. You can also find more resources on the National Alliance on Mental Illness’ website.

If you or someone you know is in an emergency, contact the National Suicide Prevention Lifeline’s toll-free number, 1-800-273-TALK(8255), which will connect you to a certified crisis center near where the call is placed.